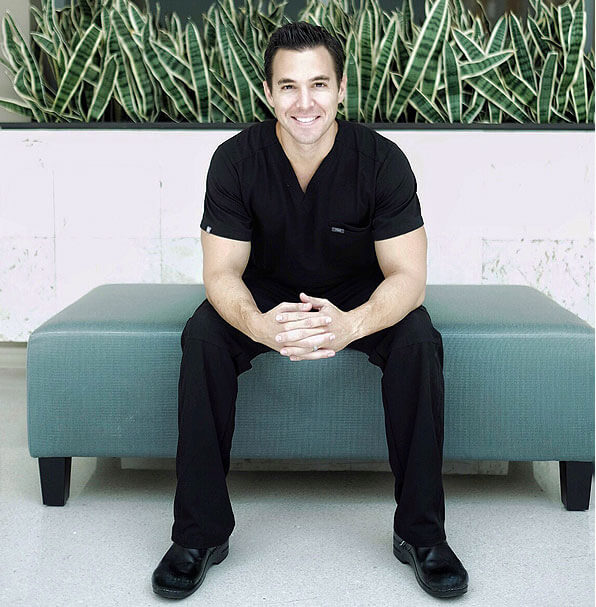 Continually inspired by his experience with family and patients, Dr. Joseph M. Brown is a board certified plastic and reconstructive surgeon who strives to bring excellence to his Tampa practice within the field of Plastic and Reconstructive Surgery. Dr. Brown completed his undergraduate studies in biology at West Virginia University, where he graduated magna cum laude. He then elected to return to his home state to attend Rutgers University New Jersey Medical School, where he graduated in the top ten percent of his medical school class. Throughout his undergraduate and medical school training, he was the recipient of more than 10 scholarships and academic awards. He was also inducted to the prestigious Alpha Omega Alpha Honor Medical Society for his commitment to academic excellence.

Dr. Brown then completed a six-year integrated plastic surgery residency at The Ohio State University, where he was trained by some of the most respected plastic surgeons in the world. There, he received extensive training in cutting edge techniques in aesthetic surgery of the face, neck, breast, body, and extremities at a high volume center. His experience with complex trauma, cancer, and breast reconstruction, as well as cleft lip and migraine surgery further enhances his ability to make decisions that aim to avoid complications and maximize safety for patients.  He had the privilege to serve as chief resident in his final two years, giving him the opportunity to further refine his judgment, surgical skill and aesthetic eye. He spent the first year of his practice working with world-renowned facial plastic surgeon Edward H. Farrior M.D., where his skills in facial rejuvenation were enhanced even further. He is certified by the American Board of Plastic Surgery, which is the only board recognized by the American Board of Medical Specialties that is capable of legitimately certifying a physician in the field of plastic surgery. Dr. Brown tested in the 96th percentile of all plastic surgeons that took the certification exam his year.

A firm believer in the importance of clear interpersonal communication, Dr. Brown takes pride in his ability to connect with people. It is this ability that contributed to him being honored with the Outstanding Housestaff Teaching Award by the graduating medical school classes of 2012 and 2014. He was the only plastic surgery resident to have ever won this award at Ohio State University. He was elected by his resident peers to be the Plastic Surgery representative on the Resident Advisory Committee (RAC). During his second term, he was elected as Chair of the RAC, serving as an official liaison between all residents at The Ohio State University and the Graduate Medical Education Committee.

A committed husband and father, Dr. Brown is also an active member of the Tampa community, which is reflected in his time dedicated to serving as a Hillsborough County Medical Association delegate to the Florida Medical Association.

Having come from a family of teachers and construction workers, Dr. Brown believes in the importance of hard work, dedication, and communication. His mother’s battle with breast cancer gives him insight to the patient’s perspective, which may be lost in some doctor-patient relationships. Having seen both sides of the coin, Dr. Brown treats every patient as if they were his mother, wife, or child.

How do I choose my surgeon?

An excellent question. Contrary to many other surgeons, Dr. Brown encourages patients to seek multiple opinions when considering an elective operation. It is absolutely essential that the patient-doctor relationship be based upon honesty, trust, and a clear understanding of a common goal and endpoint. It is essential that you as a patient feel that your plastic surgeon hears you, understands you, and can articulate a plan that makes sense in achieving your goals. You must feel confident that your plastic surgeon has your safety as his or her primary concern through and through. You can ask to see photos, to see if your plastic surgeon’s aesthetic is similar to yours while understanding that everyone’s body and therefore results will be different. Aside from that, here are some basic questions that should be answered when selecting a surgeon for a cosmetic procedures:

1) Is this a plastic surgeon who has been certified by the American Board of Plastic Surgery?

2) Is this plastic surgeon a member of the American Society of Plastic Surgeons?

3) Is this surgeon a member of the American College of Surgeons?

4) Does this surgeon have privileges in a hospital to perform this operation?